In recent years, the anti-vaccination movement has gained strength and momentum. More people are refusing routine vaccinations for themselves, and their children. Beliefs that vaccines cause disorders like autism have spread like wildfire. As a result, people are looking for any excuse to skip their immunizations.

Although medical professionals across the nation have denied claims of vaccine causing disorders such as autism, people are still hesitant. Because of this concern, vaccine companies have put extensive research into examining vaccine ingredients; resulting in the conclusion that there is no evidence of a relationship between vaccinations and autism (CDC).

Last week, a new immunization exemption bill was introduced (SB330). The bill exempts people from mandatory vaccinations including students and employees in professional settings. There are several ways people can qualify for this exemption, including: practicing a religion that condemns the use of vaccines, having a physician write a note that excuses you based on physical examination, or simply having a personal objection to the immunization. Due to the nature of the qualifications for exemption, almost anyone could opt-out of vaccinating their children or themselves.

“So why should I be concerned?” you might be asking yourself. The answer lies in reports of children who have developed vaccine-preventable diseases such as measles, whooping cough, mumps, polio, and more. Prior to the 1970’s, these diseases were killing thousands of people a year (CDC). But due to modern medicine, these diseases don’t pose the same risk they did in the past.

Unfortunately, as more people refuse vaccinating themselves and their children, these diseases are once again, making an impact. Many people have adopted an “it won’t happen to me” attitude, but the fact is, these diseases haven’t disappeared. Only smallpox has been completely eliminated from the planet; diseases like measles and polio are still around. In fact, people are still dying of these diseases right here in the United States. The numbers are low due to vaccination requirements, but can you imagine how many people would die if we removed these regulations?

Immunizations are a useful tool to protect ourselves and our families from contagious diseases. Not receiving recommended vaccinations isn’t only putting yourself at risk, but others as well. Many of these diseases are highly contagious and deadly, so why risk it?

Routine immunizations are available at the Grafton-Taylor County Health Department. Appointments are made daily. If you’d like more information about immunizations, or schedule an appointment, contact our Public Health Nurse at 304-265-1288 or visit our website at www.GTCHDWV.org. We look forward to hearing from you. 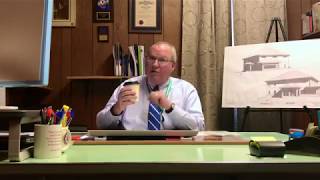